Maverick billionaire and the CEO of SpaceX, Elon Musk, had become the butt of the jokes when he was mocked for failing to make Dogecoin the first meme coin in space on the doorstep of his Space X factory in California. DogeBonk sent the message to Elon Musk from Space reports express.co.uk. Rival meme coin DogeBonk The post Elon Musk Shamed After DogeBonk Took The ‘Moon Mission’ Challenge To The SpaceX Factory appeared first on CoinGape. read more

California Is Looking to Regulate Cryptocurrency 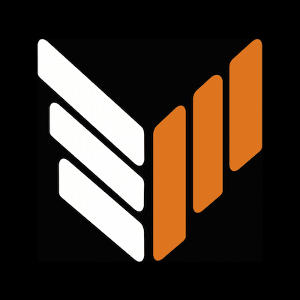 How El Salvador Introduced 44 Countries To Bitcoin This Week

KCS price showcases a bullish reversal rally losing momentum as it struggles to sustain above the crucial EMAs in the 4-hour chart. Key technical points: KCS prices have increased by 3.03% in the last 24 hours. The Stochastic RSI shows a bearish crossover. The 24-hour trading volume of KuCoin is $11.19 Million, reflecting a 31% rise. Past Performance of KCS KCS prices showcase a V-shaped reversal from the psychological level of $10 after the 33% downfall from the $15 mark. The sharp reversal from the crucial level starts a series of higher low formations leading to the generation of a support trendline. Moreover, the uptrend breaks above the 50 and 100 EMA in the 4-hour chart. Source-Tradingview KCS Technical Analysis KCS price action shows a weakness in the uptrend as it approaches the 200 EMA and forms a bearish engulfing candle. This reverts the prices back to the support trendline and the $15 mark. Furthermore, the ascending resistance trendline keeps the bullish growth in check and forms higher highs and higher lows with a contracting range. This pattern is generally called a rising wedge pattern and hints at a reversal in the uptrend. The bearish alignment of the falling EMAs, achieved under the influence of the bear cycle, reflects a solid downtrend in action. The RSI slope fails to create higher highs to match the price action, leading to a bearish divergence. This increases the chances of a downfall below the support ... read more

The recent decline is very small relative to U.S. household net worth, and therefore unlikely to have a major impact, the bank said. read more

Bakkt’s chief financial officer is departing the firm next month

Bakkt's chief accounting officer Karen Alexander is stepping into the role in an interim basis, according to a memo. read more

Investors continue to trade the LUNA token despite its enormous fall, seeing the coin lose 99% of its value from $62 on May 9 down to less than a cent by May 14. However, on May 20, LUNA remains the most trending cryptocurrency searched on CoinMarketCap. With a market cap of $918 million, LUNA is trading at $0.00013 per coin. The coin has gained 1% in the last 24 hours and 75% last week. Related Reading | Bitcoin Selling Pressure Continues As Long-Term Holder SOPR Spikes Up It’s worth noting that even though the price of this cryptocurrency had fallen dramatically over the past few days and South Korean officials were looking into penalizing its inventor for $78 million in tax avoidance, we see the coin trending higher than ever before. The South Korean authorities are investigating why the value of Terra’s dollar-pegged stablecoin, UST lost its peg on May 9. The market for this coin quickly melted down within four days. As a result, the stablecoin lost $18 billion. This affected not only the stablecoin UST but also all networks built upon it, duch as LUNA, whose price plummetted from $62 per coin down to a fraction of a penny. Tax Authorities Fined LUNA Founder For Avoiding Taxes In order to investigate, both South Korean regulatory bodies, the Financial Supervisory Service and the Financial Services Commission called the local cryptocurrency exchanges to submit the transactions data. The information requested from... read more

A widely followed crypto strategist is looking at one crucial metric with a history of accurately calling Bitcoin (BTC) bottoms. Pseudonymous trader Rekt Capital tells his 303,000 Twitter followers that BTC’s Relative Strength Index (RSI) is reaching a level that historically signals a bounce could be on the horizon for the top crypto asset by The post Top Crypto Analyst Says Historically Accurate Metric Signals Bitcoin (BTC) Bottom Could Be Near appeared first on The Daily Hodl. read more

Spain’s Basque Country Readies its Own Crypto Tax Laws, Exchanges to Be Forced to Report on Clients

While central governments continue to hum and haw about the how, whens, and whys of crypto taxation and regulation, some provincial governments have decided to go it alone – particularly in the Basque Country, Spain. El Indipendiente reported that all three of the Basque Country’s major Western provinces – Gipuzkoa, Biscay, and Álava – will attempt to “put a tax cap” on the “unregulated market” of crypto....Read More: Spain’s Basque Country Readies its Own Crypto Tax Laws, Exchanges to Be Forced to Report on Clients read more

On examination, fiat and shitcoins share the same trick of getting people to give up real value for promises. read more